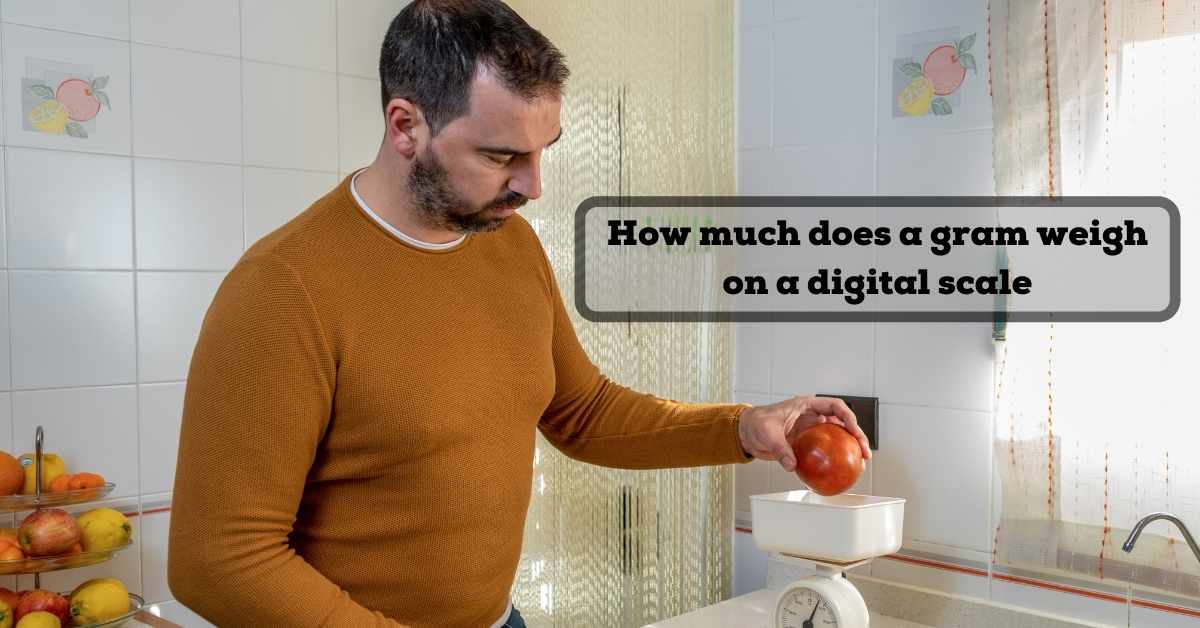 Weighing a gram is not a massive matter for this only needs a digital scale and a gram of product, but understanding ‘how much does a gram weigh’ is hard. Cause the number of the item that weighs exactly a gram is quite less, also finding quite hard.

Can you remember the days of your primary school? The teacher is trying to explain how much little weight of a gram, and you are all trying to understand what the mentor was trying to teach. To get an object or item that is supported a gram of weight, have to do a little bit of struggle.

In this article, you will be familiar with around 10 items. It helps to achieve proper knowledge about one gram weight because all the objects are about 1 gram.

How much does a gram weigh on a digital scale?

The digital scale show this a gram is a unit of mass equal to one-thousandth of a kilogram. The digital scale gives a more accurate output than another analog scale. A gram weighs equal to 0.0357 ounces if using the Unit on the scale.

Accuracy and Unit Show the result: These two things decide how much a gram is measured on a digital scale.

The exact measurement of a digital scale depends on two important factors. 1. Accuracy and 2. Unit.

Note: The metric system is the units of mass of kilogram, and the gram is used worldwide as the system of measurements except in the United States, Liberia, and Myanmar.

Dollar Bill: Dollar Bill: For example, on American currency, The united States paper currency weighs 1 gram. All countries do not have the same dimension in the currency the density of the ink, weight of paper, size. So, we can’t say all currency paper is 1 gram, but the Japanese 1 yen coin also weighs 1 Gram.

Paper Clip: The weight of the paper clip is around 1 gram. It’s a very good example for a gram.

The Cap of A Ballpoint Pen: Have you ever weighed a ballpoint pen cap? Lots of models are available in the market. A normal ballpoint pen cap weighs around one gram. But the heavy material pen caps are a little weight.

Thumbtack: The weight of a fresh standard around a gram.

A raisin: Raisin is looking great food. It serves with sweet national food like Rabri, Rasmalai, Cake, etc. Sometimes raisins bring something extra flavor to the food. There have lots of variations of the raisin. Most types weigh one gram.

A Quarter Teaspoon of Sugar: All of us know that sugar is a lightweight item of food. To get one gram of sugar, you must measure ¼ of a teaspoon. You have to remember that the teaspoon must be level and not rounded up. Cause rounded teaspoon increases the weight level.

How much does a gram weigh in pounds?

How much does a gram weigh in ounces?

How much does an ounce weigh in grams?

An ounce weighs around 28.35 grams on the digital scale.